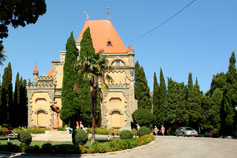 In the photo - "Palace of Princess Gagarinoi". The picture was taken during the summer season in 2008. In the photo the palace, built on a plan of the architect N. Krasnov for Princess A.D. Gagarinoi in 1904-1907. The facade is made in the Romanesque style, and at the expense of design fragments as small windows, turrets and battlements, an analogy with a medieval castle. In our opinion, is a holiday in the Crimea in the Utes to personally witness the skill of ancient architects. 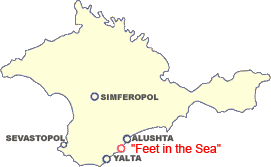